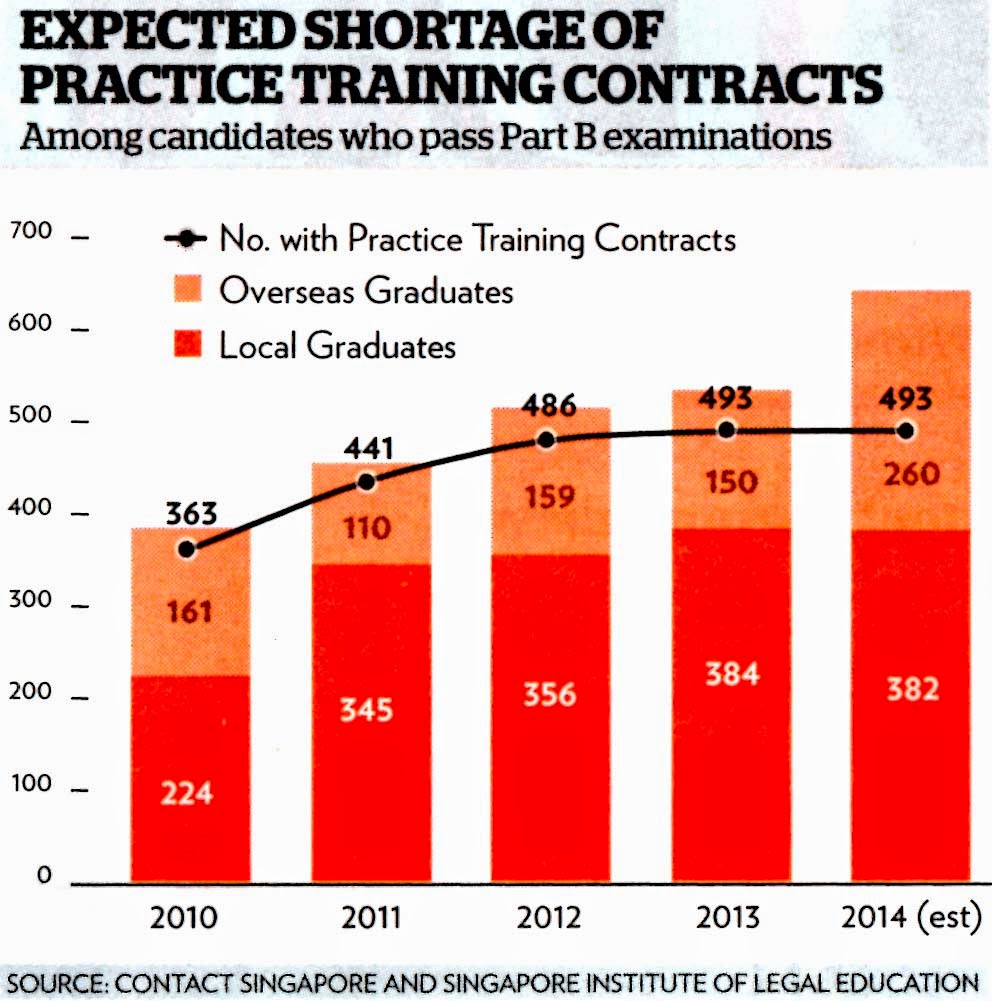 When a member of a certain profession tries to discourage you from going into the same field, chances are that he is protecting his turf for ulterior motives. The law of supply and demand is immutable, or as Law Minister K Shanmugam pointed out, the juicy starting salaries and annual increment of past years won’t last forever. Budding lawyers will have to understand that the market may change based on laws of economics, not fine points of law.

Going by Nominal Value Added, we are told the legal services sector has grown from $ 1.5 billion in 2009 to an estimate of $ 2.1 billion last year. It helps when professionals like Senior Counsel Alvin Yeo and Member of Parliament for Chua Chu Kang GRC have no qualms about billing $ 46,729 to $ 77,102 for each day in court, and as much as $ 100,000 per hour of hearing. A friend had a taste of cowboy town when he was quoted $ 500 for a simple transfer of title for a 2-room flat after his mother passed on. Fortunately someone within the housing board was prepared to do the same paperwork for $ 38.50.

The total number of lawyers churned annually out by local universities NUS and SMU in the last 3 years range from 334 to 369. The third law school, at SIM University, is expected to take in 50 to 75 students yearly. Compared to the estimated 1,142 Singaporeans reading law in the United Kingdom, one can see a big squeeze ahead if the number of local training contracts fail to absorb the potential flood of applicants.

Then again, not every young legal mind may want to practice law here. Not when we have rulings like it’s okay to be found inside a prohibited zone, but not if caught loitering within 200 meters of it. The advantage of an overseas education is that one can be tutored by first world legal expertise, instead of third world partisan practitioners. Hopefully we can look forward to a future generation who will champion the rule of law, instead of rule by law.