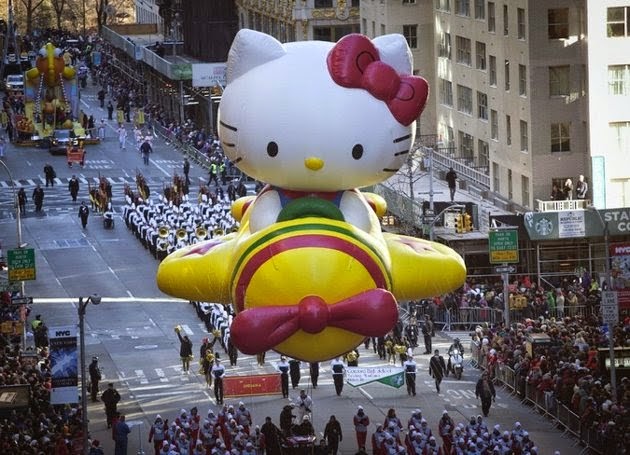 Hello Kitty is NOT a cat. Yes, you read that right. Hello Kitty is no kitty. So say Sanrio, the company behind the worldwide icon of cuteness. The news first came to light when University of Hawaii anthropologist Christine R. Yano was curating an upcoming Hello Kitty retrospective at the Japanese American National Museum and she was corrected by the company on the show. Sanrio, very firmly, said that Hello Kitty is no cat. She’s a cartoon character. She is a little girl. She is a friend. She’s never depicted on all fours. She walks and sits like a two-legged creature and even has a pet cat of her own, called Charmmy Kitty.

To no one’s surprise, the world reacted in collective shock! Hello Kitty is no kitty? What’s next? Scooby-doo is not a dog? For their sake, I hope Sanrio change their company line on this. Hello Kitty fans are not a bunch of people you want mad at you.